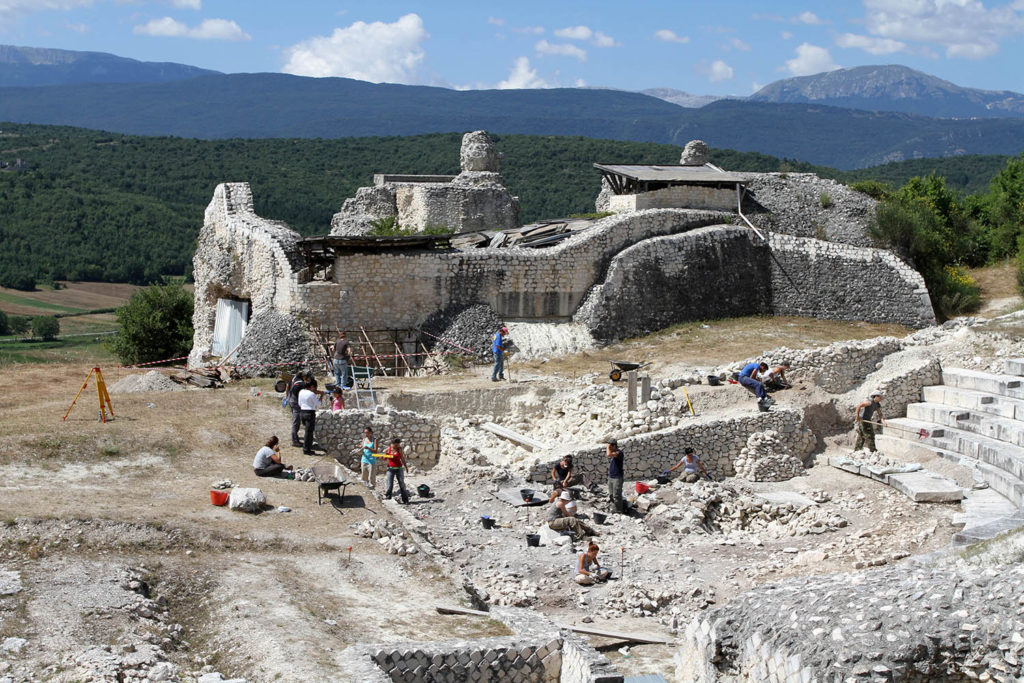 The first investigations on the Roman city were carried out between 1983 and 1985 by the Chair of Topography of Ancient Italy of “La Sapienza” University of Rome (prof. Paolo Sommella), together with the Soprintendenza Archeologica d’Abruzzo, the Comunità Montana Piana di Navelli and local authorities. The excavation campaigns involved the forensic temple and part of the theatre; various housing structures were excavated and covered, considering the financial commitment necessary for restoration and conservation in sight.

Between 1986 and 1996 a second series of excavation campaigns, conducted by the Soprintendenza Archeologica (Adele Campanelli), ended with consolidation and enhancement works on the emerged structures, making a section of the western walls visible with the double arched door, the temple with the porticus, part of the theatre and a fortified settlement of the Middle Ages.

The research of the Chair of Urbanistica Antica of Rome was then resumed in 2000 and 2001 by Paolo Sommella as part of a European project.

Since 2001, annual educational excavation campaigns and research on the city have been conducted by Prof. Luisa Migliorati.

In 2009 the Soprintendenza per i Beni Archeologici dell’Abruzzo (Vincenzo D’Ercole) conducted a research campaign in the pre-Roman necropolis, outside the north-western sector of the walls.