The temple and the theater are the most important buildings of the city, built with extensive use of materials, have been almost entirely plundered over the centuries, which is why the temple remain the only concrete core foundation blocks and some of the columns of the pronaos. The temple was built on a high podium and had six Corinthian columns on the front, it was accessed by a staircase, in front of which was the altar, recognizable in the nucleus with cement coating of the missing blocks. The cell was decorated on three sides by columns, on the bottom side is partly preserved the base of the statue of worship. One hypothesis sees in Apollo the god whom it was dedicated the temple, and the proposal is also based on an inscription (APELLUNE) present on a table votive reused as a threshold in a tavern along the Via Claudia Nova.

The temple overlooked the square of the hole and was surrounded on three sides by a portico with two naves, access to the sacred open-air came only from the porch. The continuing plunder perpetrated by age-old post have left only a few limestone plinths of the bases of the columns of the portico, the restoration of 1996 restored in cement blocks missing, to make understandable the shape of the building. Within the western arm were derived environments shelter for those who took care of the re-use of Roman materials.

The sacred complex (Temple and porch) was built in the second half of the century. BC in a pre-Roman cult, linked to the outcrop of the aquifer on the plateau, because the back side of the temple, at the base of the cult statue, stood on the pool of water. Belong to the pre-Roman stage a votive pit and a small tank (not visible today) and a block of limestone, sealed by the construction of the porch. The block must have the support consists of a wooden structure that was placed in the collection in the form of H, connected through a hole to a pan for the collection of liquids. It seems plausible to rebuild a structure similar to an altar, on which you could submit bids liquid or semiliquid. Six other similar specimens were found in the area vestina, it seems therefore an element of worship characteristic of
the people of Vestines. 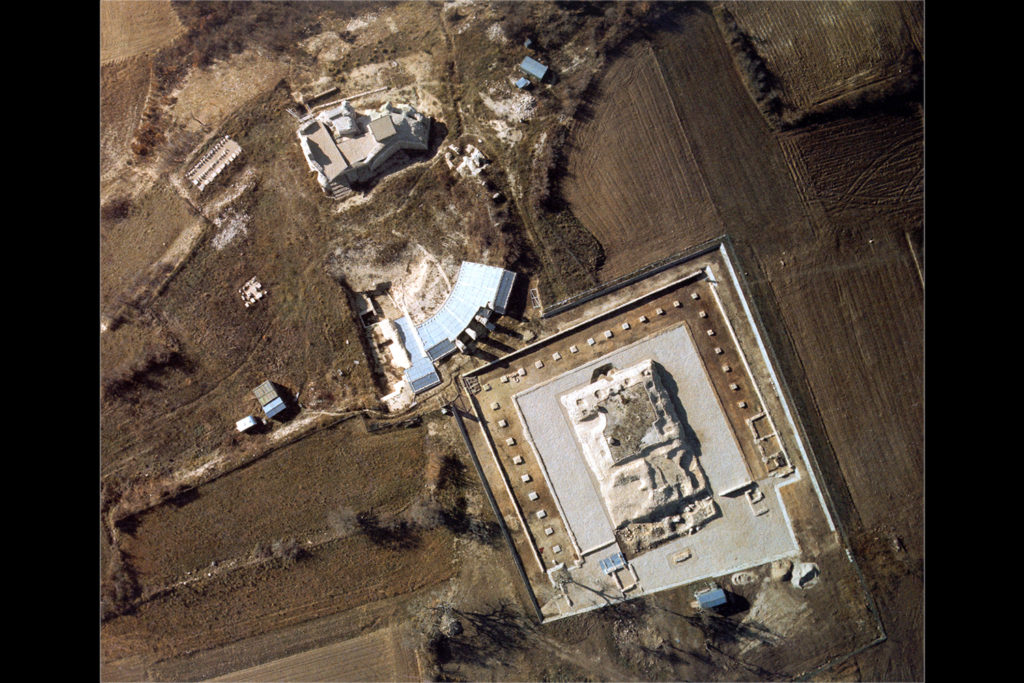 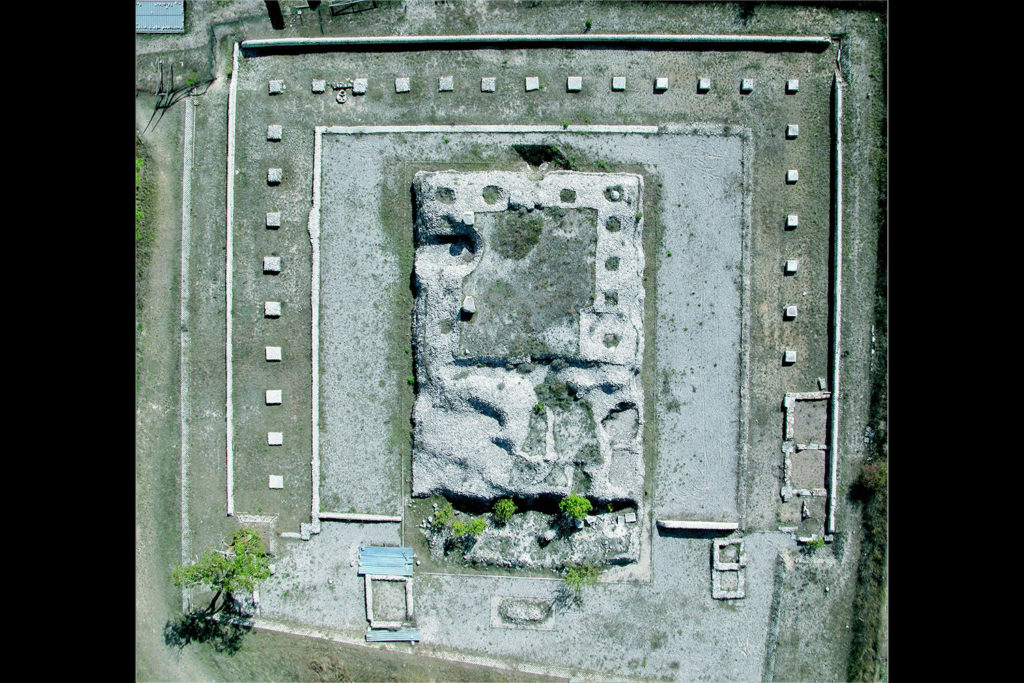 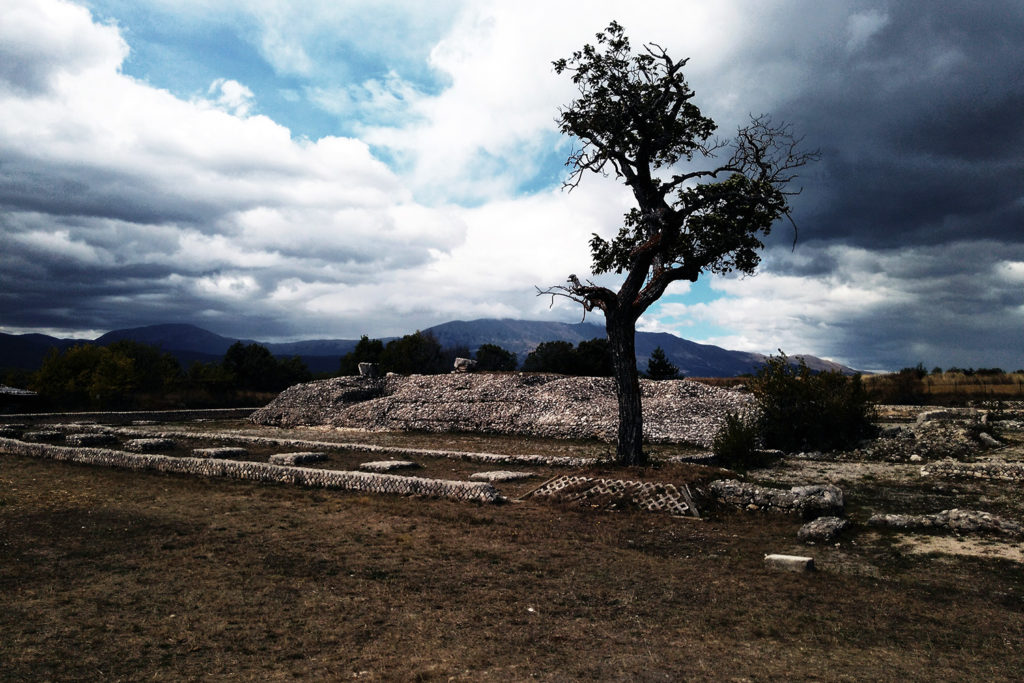 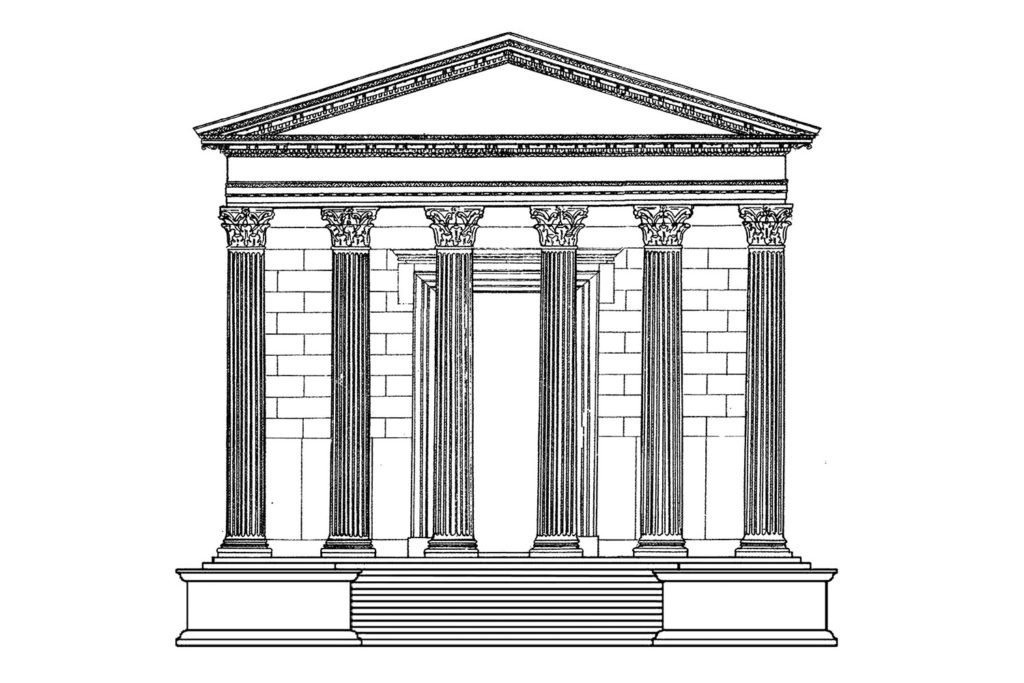 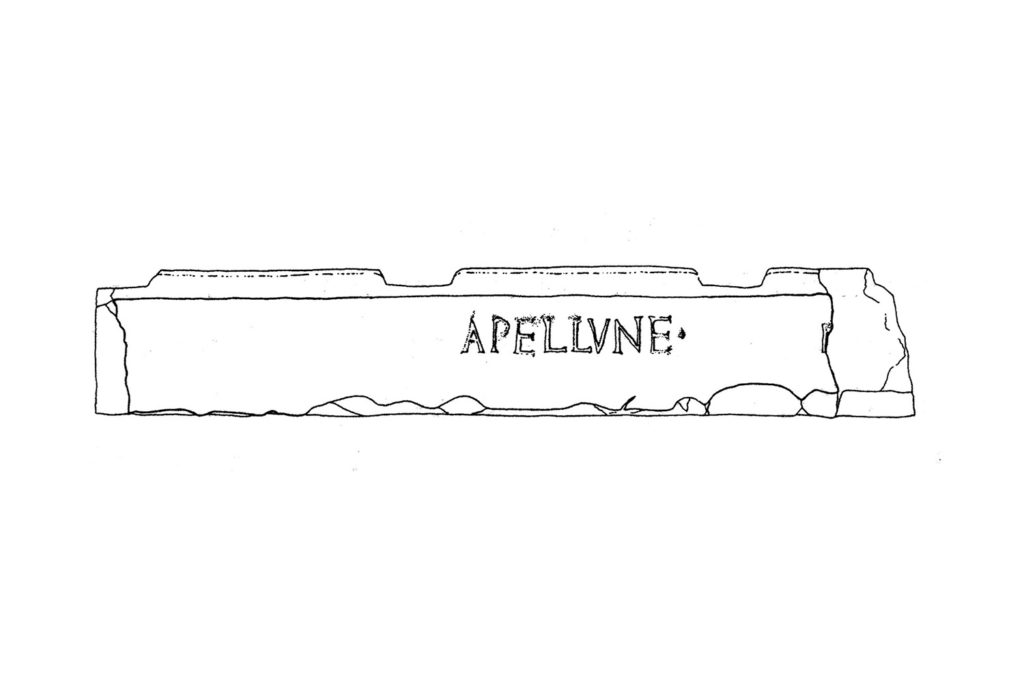 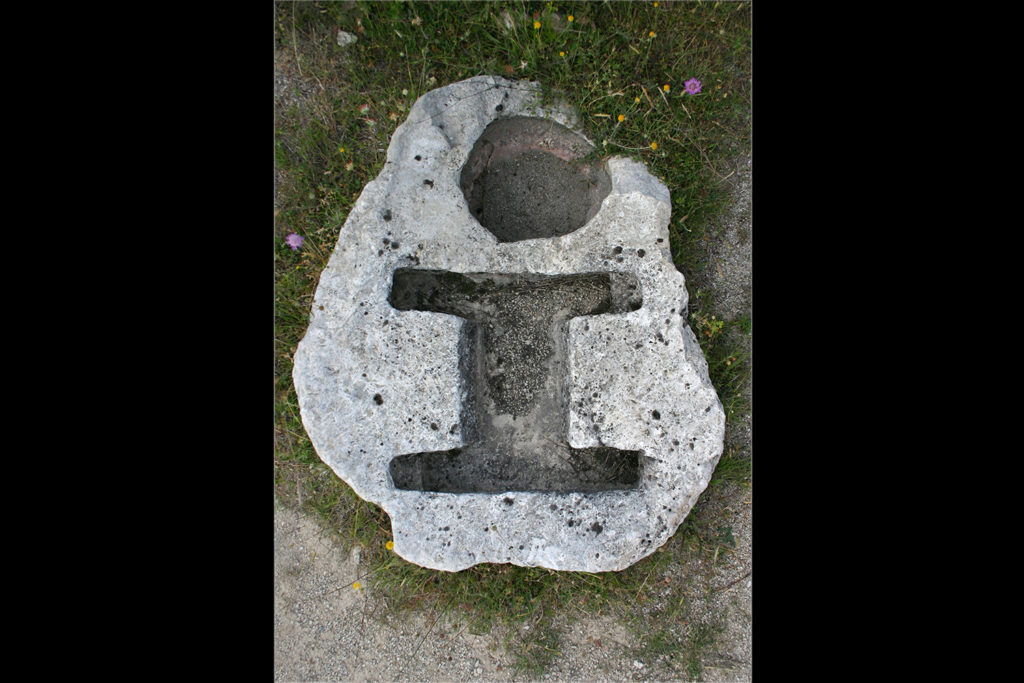 RETURN TO THE MAP OF ARCHAEOLOGICAL AREA